Why startups give thumbs up to Budget 2019?

When Mr Goyal announced 2019 budget, the startups would have been watching eagerly, and it shows they have come away fascinated with the overall condition and course of the budget.

Here is some feedback from startups across the board:

1. It is a growing budget with a definite push towards socio-economic growth of the country – said Akshat Saxena who is the co-founder of ePayLater.

2. The theory of employment is changing all over the world, now the employment generation is not restricted merely to Government services or factories. The job seekers becoming the job creators, and now India has become the world’s second largest startup hub. We are proud of the hard work and innovative ideas of our youth – said, Minister Piyush Goyal, when they are presenting the Budget for 2019.

3. We embrace the Government’s proposal to build a separate department for fisheries. Also, the movement to give 2% interest subvention to farmers pursuing animal husbandry and fisheries will increase skill development, give employment opportunities and support growth of farmers in this sector.

We are happy to be part of second largest startup hub ecosystem in the world and the government’s aim to push the use of artificial intelligence in the startup ecosystem couples with a centre of Excellence and National Program for Artificial Intelligence. It is going to be a game-changer for the startup industry – said Sushil Kanugolu who is the Md and CEO of Fipola

4. The plan to digitize 1 lakh villages over the course of the next 5 years will give profit to the Fintech companies to further drive financial inclusion to the Indian masses. The FM’s announcement to give a full tax rebate to individuals with income up to Rs 5 lakhs will profit over 3 crore middle-class families including the employees of many startups. We look forward to the National Artificial Intelligence portal because now the innovative Fintech segment can tap into brand-new, emerging technologies and use Artificial Intelligence for the improvement of society – said Ajjit Kumar who is the founder and CEO of RupeeCircle.

5. India has grown as the 2nd largest startup hub in the world. The Indian government is starting a national program to promote or improve Artificial Intelligence. The government has recognised 9 priority areas that the Artificial Intelligence program will focus on. Startups create a tremendous number of new jobs per unit of invested capital compared to private or government investments. In most western economies, people are encouraged to invest in startups by giving 33% to 100% write-offs of the amount invested every year. – said Sushanto Mitra who is the founder and CEO of Lead Angels. 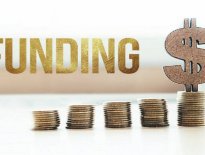